McCourt’s ChelseaSiverline Project was selected as ENR New England’s Best Airport / TransitProject in 2018. ENR’s article notes that the project successfully workedwithin numerous constraints including adjacent older buildings and criticalcommunication infrastructure. The article goes on to note the closecoordination between the project team, neighboring communities, and utilityagency owners. Congratulations to the McCourt team on … END_OF_DOCUMENT_TOKEN_TO_BE_REPLACED 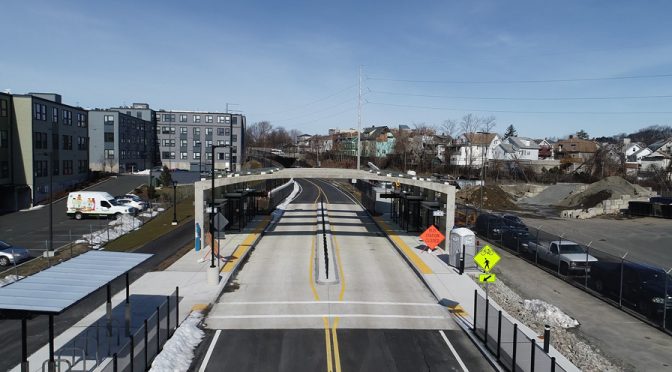 McCourt was recently awarded Best Airport / Transit Project by Engineering News-Record (ENR) New England for its work on the Silver Line Gateway Project. This dedicated bus lane extension of the Silverline was opened to public use on April 21st.

McCourt was recently awarded the Project of the Year award for the CMAA Infrastructure Project of the Year under $50M for the Massport Runway 4R-22L and Approach Light Pier Replacement Project. The award is a great honor and speaks to the project teams hard work on a very difficult and technically challenging job.   Original … END_OF_DOCUMENT_TOKEN_TO_BE_REPLACED

The Patriot Ledger notes McCourt’s role in building Silver Line 3 providing a dedicated bus lane and four (4) new bus stations in Chelsea. This construction will allow buses to run nearly every ten minutes during peak hours and is expected to carry nine thousand (9,000) passengers per day. 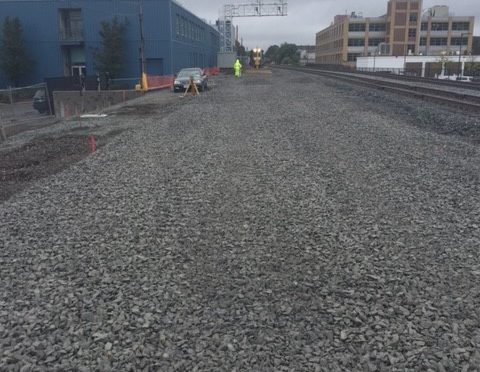 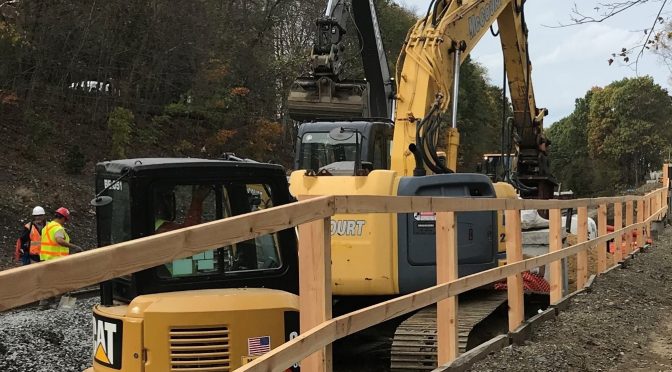 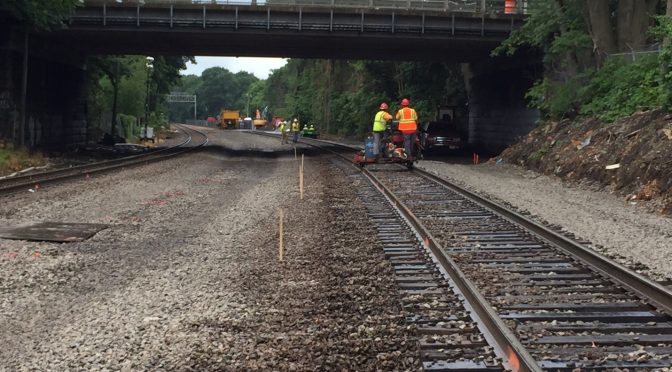 McCourt Construction has been awarded the job of constructing the new Blue Hill Avenue Commuter Rail Station, on the existing Fairmount Commuter Rail line. This new station will be located in the heart of Mattapan, between Blue Hill Avenue and Cummins Highway. The station is strictly pedestrian accessible, and is comprised of two elevated walkway … END_OF_DOCUMENT_TOKEN_TO_BE_REPLACED

This project consisted of the renovation of the existing sidewalk pavers for Liberty Mutual Insurance along St. James Ave., Berkeley St., and Stuart St. entrances. McCourt Construction began the work with the demolition of the existing pavers and concrete slab underneath the sidewalk. After the demolition, the site was fine graded and compacted, and gravel … END_OF_DOCUMENT_TOKEN_TO_BE_REPLACED

McCourt’s project to rehabilitate runway 4R-22L and reconstruct the light pier at this runway is in its final stages. The runway was reopened on schedule and the light pier construction is proceeding apace – all drilled shafts have been completed and pier cap & deck planks are being installed. The completion of the pier is … END_OF_DOCUMENT_TOKEN_TO_BE_REPLACED

Demolition of Legacy Toll Plazas Along I-90

McCourt Construction along with our joint venture partner Skanska USA Civil is moving into the final stages of the largest of the toll demolition contracts which facilitates the all new electronic tolling system along I-90. Demolition of the toll booths, tunnels and buildings at Exits 9, 10, 10A, 11, 11A, 12 and 13 have been … END_OF_DOCUMENT_TOKEN_TO_BE_REPLACED

The Runway Status Lights Project just broke ground with in the last week. The new shelter foundation location is being excavated and prepped for concrete work. The horizontal directional drilling has started at night with successful, crossings under Taxiway Kilo for the GilaDuct conduit. Once the conduit gets installed, McCourt will then excavate and backfill … END_OF_DOCUMENT_TOKEN_TO_BE_REPLACED

The fence at Eversource’s Substation 447 in Walpole is being erected! After several redesigns, the project has gotten some steam. Eighty-five percent of the fence foundations have been finished while the rest are being formed. McCourt has been erecting the fence with a pace that is better than anyone expected. Once the project is complete, … END_OF_DOCUMENT_TOKEN_TO_BE_REPLACED