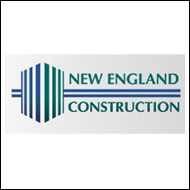 BOSTON – A $53-million runway has just been finished and placed in service at Logan International Airport in East Boston, Mass. General contractor McCourt Construction Company of South Boston was given the notice to proceed in August 2004 for the new 5,000-foot runway 14/32 at Logan, which serves Boston and the greater New England area. Operated by the Massachusetts Port Authority (Massport), Logan is America’s sixth busiest airport, and handles domestic flights and international connections to and from the Pacific Rim, Europe and Latin America. Located on the southern end of the airfield, runway 14/32 is the sixth runway at Logan and was built to accommodate regional jet and non-jet traffic and improve arrival flow to the airport during certain weather conditions. Planning for the new runway began over 30 years go and since 1995 has been the subject of more than 100 public meetings with over 3,000 interested parties.