Work Begins On Logan After 30 Years 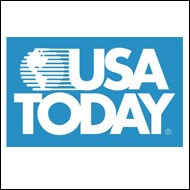 Tuesday, April 19, 2005
The USA Today
By The Associated Press

BOSTON (AP) — Work on a new $85 million runway at Logan Airport has quietly begun, more than 30 years after the Massachusetts Port Authority first proposed it.

Electrical utility work on the 5,000-foot strip began earlier this month, and the general contractor, McCourt Construction of Boston, was expected to begin construction of the runway later this year, said Massport spokesman Phil Orlandella.

“We don’t want to get into another confrontation,” Orlandella said. “It looks like clear sailing right now, but I don’t have a crystal ball.”

Massport officials said the runway is scheduled for completion by November 2006 and that it will not increase overall air traffic and could actually reduce noise by allowing more planes to approach over Boston Harbor, rather than over densely populated neighborhoods nearby.

Plans for a sixth runway at Logan were put on hold in 1976, when opponents got a court injunction to block it from going forward. The proposal was resurrected in the 1990s, and a state judge lifted the injunction in November 2003, allowing construction to go forward.

The last legal barrier was removed last spring when the state’s Supreme Judicial Court rejected the town of Hull’s objection to the runway.

The Superior Court judge who gave Massport the green light to go ahead with the project attached several conditions, including an ongoing noise study and higher fees for airlines that don’t reduce departures during high-traffic times.

Massport officials planned to meet Tuesday with a community advisory committee studying ways to reduce noise, as well as federal regulators and technical consultants, to consider a variety of noise-reduction proposals.

Democratic state Rep. Robert A. DeLeo, who represents neighboring Winthrop, said he plans to make sure Massport lives up to its obligations.

“I still disagree with the decision, but we have to make sure … that we keep their feet to the fire,” he said.