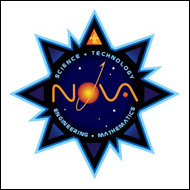 Excerpt from 2008 NOVA Award Nomination #16:
The AR60PH Panel Installer is a machine jointly designed and developed by Arva Industries Inc. and McCourt-Obayashi JV for the erection of massive ceiling modules during Boston’s $14-billion Central Artery/Tunnel project (Boston’s Big Dig). Each 12×40-ft ceiling module weights in at 30,000 lbs. and is comprised of five pre-cast concrete panels joined by structural steel supports. The modules serve as the tunnels ceiling finish as well as the air exhaust plenum.

(Arva was) approached by Paul E. Buco, project manager for McCourt-Obayashi JV, Boston with the need to finish over three miles of Interstate tunnel. There was nothing in the market to meet the needs of McCourt-Obayashi JV, but within two weeks of talking to Arva Industries Inc. officials they had a functional design and a finished product in nine months.

About McCourt
McCourt Construction is a comprehensive general contractor that was founded in 1893. The company has worked extensively in both the public and private sectors, developing an expertise in infrastructure projects, real estate development, site work, landscaping, utilities, and finish work. Based in Boston, Massachusetts, McCourt has taken on projects from California to London, from Canada to the Caribbean.