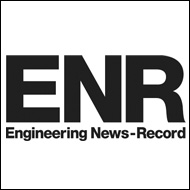 Many people in many ways serve the best interests of the construction industry.

The editors of ENR have chosen the following individuals for their newsmaking achievements. One of them is selected to win ENR’s highest honor, the Award ofExcellence. Congratulations to construction’s best.