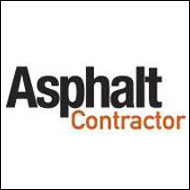 Having worked on projects at Boston-Logan International Airport for more than 30 years, Aggregate Industries Northeast Region is very familiar with the demands associated with airport work. As one of the most heavily used airports in the United States, Logan’s runways are subject to significant wear and tear from temperature extremes and continual take-offs and landings.

But even for Logan’s always-challenging requirements, Runway 4L 22R was especially demanding. The $11 million project, under General Contractor McCourt Construction, called for resurfacing the 8,000-foot-long, 250-foot-wide runway and nine intersecting taxiways. Aggregate Industries was responsible for milling 8 to 10 inches of the existing runway and replacing it with 85,000 tons of asphalt — in less than a month.

“The project was unique in that it called for a 28-day closure of the runway, which was unprecedented and required a very aggressive schedule,” says Bob Andersson, vice president and general manager — asphalt, for Aggregate Industries Northeast Region. “It was also a high-profile job that was being watched by all of the airports up and down the East Coast.”

While time was critical, so was quality. All grades had to be within 1/4 inch of elevation, and compaction levels had to be consistent and within a range of 93 to 97 percent.

Aggregate Industries Northeast Region was ready for the challenge. Based in Saugus, MA, the company is the largest integrated construction materials business in the area. In addition to aggregates the company has ready-mixed concrete, asphalt and contracting divisions to create a comprehensive, vertically integrated company. More than 5,000 employees work for the company’s six regional businesses in the United States, including more than 1,000 employeesin the Northeast Region. Its parent company, Aggregate Industries PLC, is publicly traded on the London Stock Exchange.

Ingredients for success
The primary mix used on the Logan project was 4.6 percent PG64 minus 28, 18 percent recycled asphalt and 1 percent lime, which was added as an antistripping agent. To improve adhesion, 7/10 of a gallon of latex was added to each ton of mix.

Two other mixes were used on a test section of the runway. These included 1,800 tons of PG82 minus 22 used for an intermediate lift of the test section, and 1,200 tons of fuel-resistant PG86 minus 22C, which was used for the top lift.

“During the project, the plant was producing 400 tons per hour at maximum temperatures of 325 to 350 degrees,” says Joe Hanbury, manager of asphalt production facilities. Plant manager Fred Dinardi and his production team were responsible for the computer-controlled mixing that was done around-the-clock to keep up with the airport crews’ demand for asphalt.

In order to accommodate the primary mix requirements, Aggregate Industries installed a 420-barrel, 60-foot-tall silo to store the lime and an auger to feed the lime into the mix. The liquid latex was injected into the mix through a specially installed, water-jacketed pipe designed to keep the latex from congealing due to the hot temperatures within the mixer.

“The lime and latex presented special challenges because they made the mix very sticky, which caused considerable stress on the drag slat motor,” says Hanbury. To overcome the problem, the conveyors were coated with a thin film of Alderox ASA-12 release agent. This product was used to coat the truck bodies as well, with good results.

The Logan project presented storage challenges as well. Aggregate Industries needed a constant and reliable supply of about 700 tons of lime. It also had to manage the 70,000 tons of RAP milled from the runway and hauled to the Saugus plant. “Managing the incoming material was a project in itself,” Hanburysays. The company had a Dresser dozer on hand full time to push the loads and maintain a safe, level area for the trucks that were dumping the RAP.

Quality control was managed by veteran manager Ron Tardiff and his team, who were based in Saugus. “The final mix design was the result of over two months of lab work and testing,” Tardiff says. “For the first time at Logan, we used latex, hydrated lime and RAP in the asphalt, so quality control became even more critical.”

In order to keep up with the project’s demanding timeframe, the Cat cold planers milled the runway at a rate of 20 to 30 feet per minute working extended shifts around-the-clock.

One of the challenges facing the milling crew was getting the millings away from the site. “It was a major task,” says Mulloy. “We were using 35 trucks per day to haul out 840 tons to the round or approximately 4,000 tons per shift.”

The paving process
The project’s tight timeframe required the paving crews to begin paving as soon as the milling was completed.

An eight-person crew worked varying shifts days and nights to pave the runway. The RS-1 Tack Coat was applied with the company’s Etnyre 2,000-gallon distributor truck. Paving was done with a CAT 1055B paver equipped with a 1020-B Extend-A-Mat screed, two Ingersoll-Rand DD-130 vibratory asphalt compactors, and one Ingersoll-Rand DD-110 vibratory asphalt compactor. Thepaving was done in three lifts with 12.5-foot passes at a depth of three inches per lift.

Paving Division Project Manager Dennis Horan, who has supervised many projects at Logan Airport over the years, was impressed with the production volumes.

“On our best day, we paved 5,400 tons in one shift,” says Horan. “Even with the large volumes and sometimes tight work areas, we are proud of our safety record on the project and the fact that not a single injury or incident occurred.”

Additional challenges
In addition to the accelerated schedule for completing Runway 4L 22R, Aggregate Industries had to schedule milling and paving work around the airport’s flight schedules for nine intersecting taxiways that remained in use.

Aggregate Industries was given four days to mill and pave the intersections, utilizing weekend closures built into the accelerated schedule.

When Aggregate Industries completed its portion of the paving project on June 11, it had exceeded Massport’s stringent standards for the project.

“We have kept at 106 percent of standards, both at the mix plant and on-site,” Andersson says. “The success of this project is a true reflection of the expertise and dedication of our entire team. It was a group effort, and demonstrates our ability to rise to the challenges of the most demanding projects in our industry.”