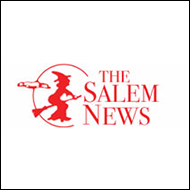 Congratulations to the Whittier Bridge team on another major milestone. The travelling public is now using the newly-widened portions of I-95 northbound constructed by McCourt as well as the first of two new bridge spans to replace the existing Whittier Bridge.

Mayor Nicholas Costello, speaking about the bridge, as well as the shared-use pedestrian walkway / bicycle path to be constructed by McCourt, had the following to say: “Everybody that I know thinks it is a beautiful bridge, it is like a work art.” Mayor Costello went on to say “I am also very excited about the walkway that will be on the side of the bridge. That will also be a very positive thing. That is exciting. That should be a very nice thing.”